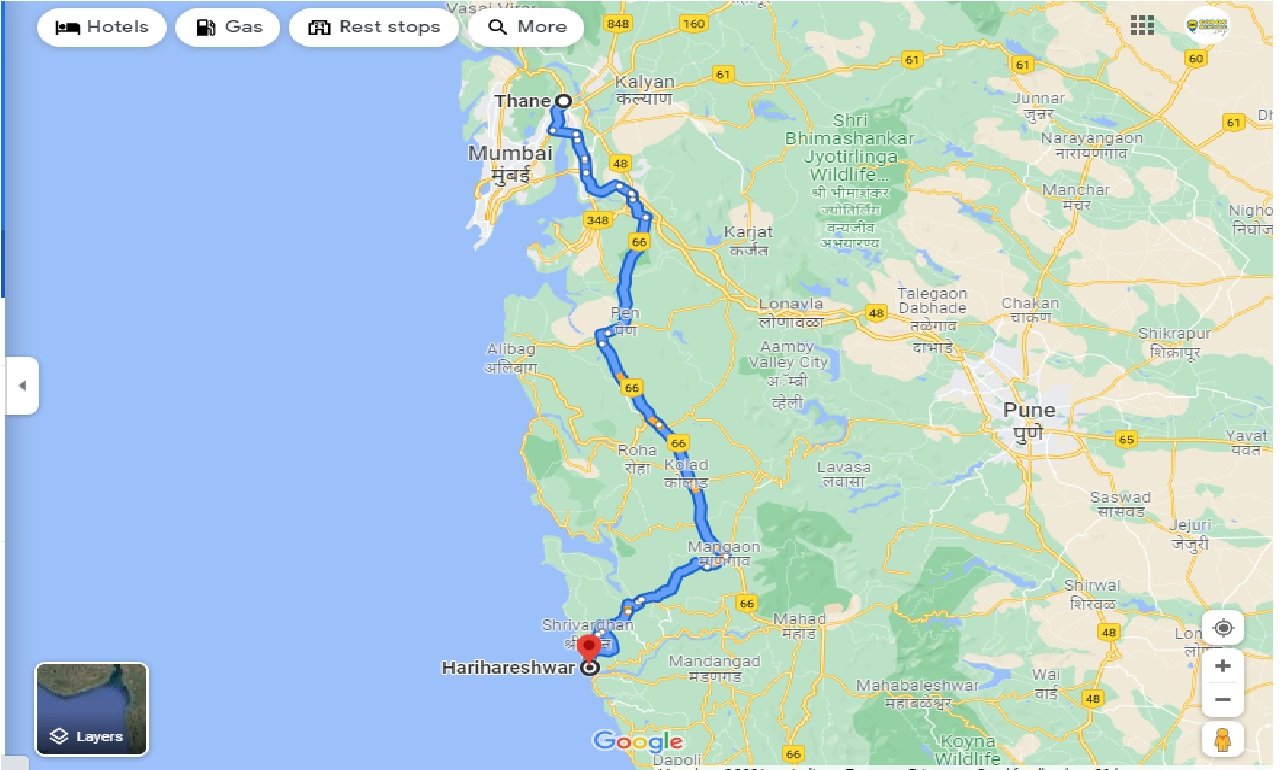 Hire Cab from Thane To Harihareshwar Round Trip

Book Thane To Harihareshwar cab, compare Car fares & check for online discounts & deals on Thane To Harihareshwar taxi Service. Clean Cars, No Extra Charges. 8888807783. Thane is a city just outside Mumbai, in the western Indian state of Maharashtra. Itâ€™s known as the â€˜City of Lakesâ€™, and its more than 30 lakes include tree-lined Upvan Lake, a popular recreational spot. Beside Talao Pali Lake, Kopineshwar Mandir is an old, domed Hindu temple dedicated to Lord Shiva. To the west, leopards, monkeys and parakeets inhabit the teak forest and bamboo groves of Sanjay Gandhi National Park.

Harihareshwar is a town in Raigad district, in Maharashtra, India. It is surrounded by three hills named Harihareshwar, Harshinachal and Pushpadri. The river Savitri enters the Arabian Sea from the town of Harihareshwar.

Distance and time for travel between Thane To Harihareshwar cab distance

Spots to Visit in Harihareshwar

When renting a car for rent car for Thane To Harihareshwar, its best to book at least 1-2 weeks ahead so you can get the best prices for a quality service. Last minute rentals are always expensive and there is a high chance that service would be compromised as even the taxi provider is limited to whatever vehicle is available at their disposal.

October to March are the best months to visit Harihareshwar when the hot weather is a bit at rest. The Diwali and Shiv Ratri celebrations during this period along with Ganesh Chaturthi in September can make a visit to Harihareshwar a more enchanting one.

Thane To Harihareshwar Round Trip Taxi

Why should we go with car on rentals for Thane To Harihareshwar by car book?

When you rent a car from Thane To Harihareshwar taxi services, we'll help you pick from a range of car rental options in Thane . Whether you're looking for budget cars, comfortable cars, large cars or a luxury car for your trip- we have it all.We also provide Tempo Travelers for large groups. Thane To Harihareshwar car hire,You can choose between an Indica, Sedan, Innova or luxury cars like Corolla or Mercedes depending on the duration of your trip and group size.