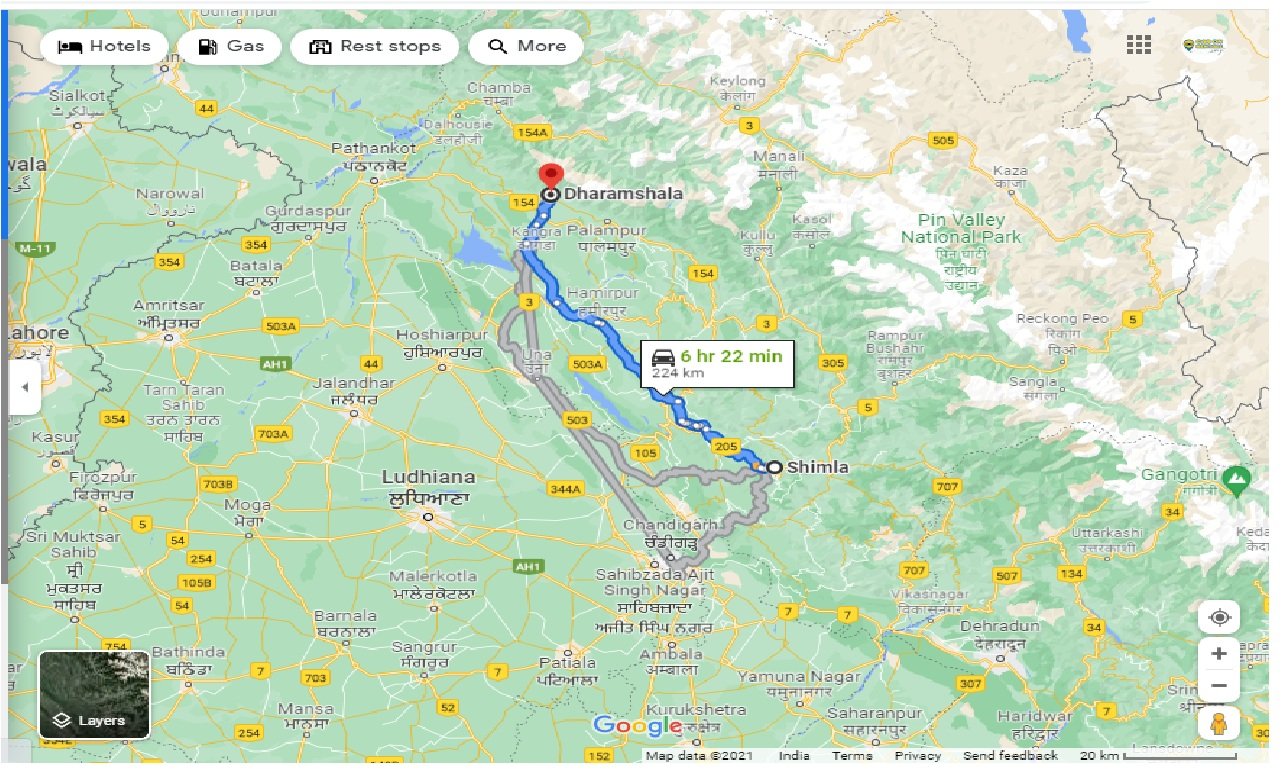 Hire Cab from Shimla To Dharamshala Round Trip

Book Shimla To Dharamshala cab, compare Car fares & check for online discounts & deals on Shimla To Dharamshala taxi Service. Clean Cars, No Extra Charges. 8888807783. Shimla is the capital of the northern Indian state of Himachal Pradesh, in the Himalayan foothills. Once the summer capital of British India, it remains the terminus of the narrow-gauge Kalka-Shimla Railway, completed in 1903. Itâ€™s also known for the handicraft shops that line The Mall, a pedestrian avenue, as well as the Lakkar Bazaar, a market specializing in wooden toys and crafts.

Dharamshala is a city in the Indian state of Himachal Pradesh. Surrounded by cedar forests on the edge of the Himalayas, this hillside city is home to the Dalai Lama and the Tibetan government-in-exile. The Thekchen ChÃ¶ling Temple Complex is a spiritual center for Tibetan Buddhism, while the Library of Tibetan Works and Archives houses thousands of precious manuscripts.

Distance and time for travel between Shimla To Dharamshala cab distance

Spots to Visit in Dharamshala

When renting a car for rent car for Shimla To Dharamshala, its best to book at least 1-2 weeks ahead so you can get the best prices for a quality service. Last minute rentals are always expensive and there is a high chance that service would be compromised as even the taxi provider is limited to whatever vehicle is available at their disposal.

The best time to visit Dharamshala between February to June (spring and summer) when the weather is pleasant with a maximum temperature of 25 degrees Celsius. Winters here are frigid with occasional snowfalls; however, it makes the valley look much more beautiful.

Shimla To Dharamshala Round Trip Taxi

Why should we go with car on rentals for Shimla To Dharamshala by car book?

When you rent a car from Shimla To Dharamshala taxi services, we'll help you pick from a range of car rental options in Shimla . Whether you're looking for budget cars, comfortable cars, large cars or a luxury car for your trip- we have it all.We also provide Tempo Travelers for large groups. Shimla To Dharamshala car hire,You can choose between an Indica, Sedan, Innova or luxury cars like Corolla or Mercedes depending on the duration of your trip and group size.