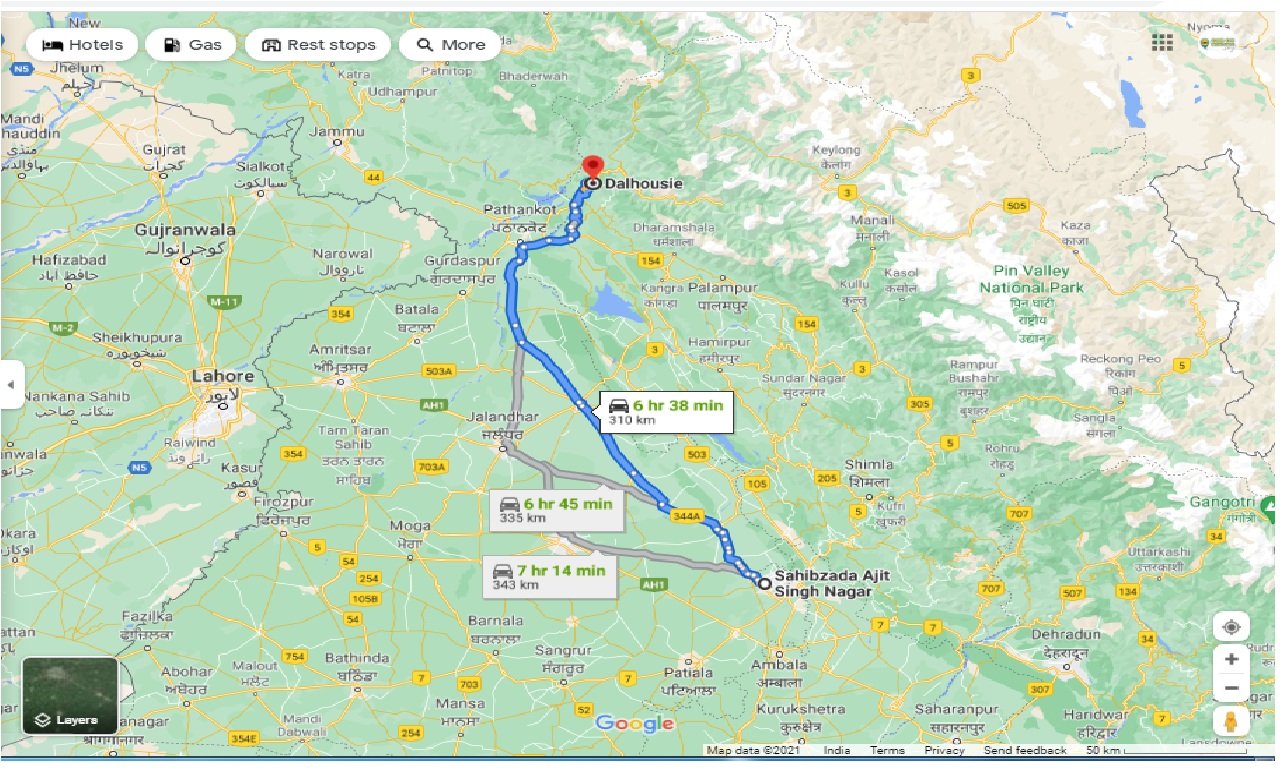 Hire Cab from Mohali To Dalhousie Round Trip

Round Trip Taxi From Mohali To Dalhousie cab, compare Car fares & check for online discounts & deals on Mohali To Dalhousie taxi Service. Clean Cars, No Extra Charges.8888807783. Mohali, officially known as Sahibzada Ajit Singh Nagar, is a city in the Mohali district in Punjab, India, which is a commercial hub lying south-west of the capital city of Chandigarh. It is the administrative headquarters of the Mohali district. It is also one of the six Municipal Corporations of the State.

Dalhousie is a high-altitude town spread across 5 hills near the Dhauladhar mountain range in the north Indian state of Himachal Pradesh. It's home to colonial-era buildings, including St. Francis and St. Johnâ€™s churches, which date back to the rule of the British Raj in the 1800s. A trek up Dainkund Peak leads to Pholani Devi Temple. To the north, Subhash Baoli is a peaceful area with pine trees and panoramic views.

Distance and time for travel between Mohali To Dalhousie cab distance

Distance between Mohali To Dalhousie is 309.8 km by Road along with an aerial distance. The Distance can be covered in about 06 hours 47 minutes by Mohali To Dalhousie cab. Your Dalhousie travel time may vary due to your bus speed, train speed or depending upon the vehicle you use.

Spots to Visit in Dalhousie

When renting a car for rent car for Mohali To Dalhousie, its best to book at least 1-2 weeks ahead so you can get the best prices for a quality service. Last minute rentals are always expensive and there is a high chance that service would be compromised as even the taxi provider is limited to whatever vehicle is available at their disposal.

The ideal time to visit Dalhousie is from March to May. The weather remains delightful throughout these months, with temperatures staying below 30 degree Celsius, and it becomes the perfect destination for a quick escape from the scorching heat of the rest of the country.

Mohali To Dalhousie Round Trip Taxi

Why should we go with car on rentals for Mohali To Dalhousie by car book?

When you rent a car from Mohali To Dalhousie taxi services, we'll help you pick from a range of car rental options in Mohali . Whether you're looking for budget cars, comfortable cars, large cars or a luxury car for your trip- we have it all.We also provide Tempo Travelers for large groups. Mohali To Dalhousie car hire,You can choose between an Indica, Sedan, Innova or luxury cars like Corolla or Mercedes depending on the duration of your trip and group size.