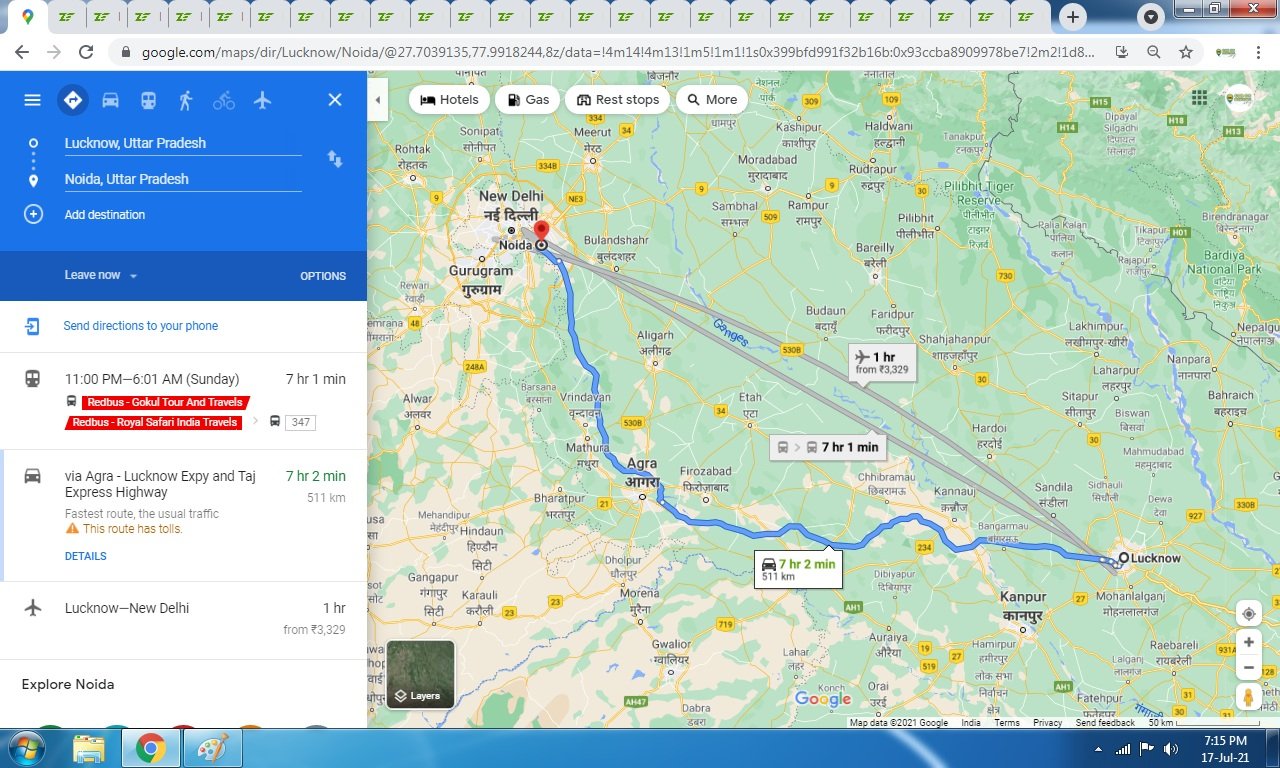 Hire Cab from Lucknow To Noida Round Trip

Lucknow To Noida cab, compare Car fares & check for online discounts & deals on Lucknow To Noida taxi Service. Clean Cars, No Extra Charges. Call 8888807783. Lucknow, a large city in northern India, is the capital of the state of Uttar Pradesh. Toward its center is Rumi Darwaza, a Mughal gateway. Nearby, the 18th-century Bara Imambara shrine has a huge arched hall. Upstairs, Bhool Bhulaiya is a maze of narrow tunnels with city views from its upper balconies. Close by, the grand Victorian Husainabad Clock Tower was built as a victory column in 1881.

Noida is a planned city in India’s northern state of Uttar Pradesh. The riverside Okhla Bird Sanctuary is home to migratory and native birds, plus jackals and butterflies. Plants at the Botanic Garden of Indian Republic include water lilies and cacti. The ISKCON Noida temple has a diorama depicting the life of Lord Krishna. Southwest of Noida, Surajkund lake is a 10th-century reservoir with the ruins of a sun temple.

Distance and time for travel between Lucknow To Noida cab distance

Distance between Lucknow To Noida is 510.2 km by Road Noida with an aerial distance. The Distance can be covered in about 06 hours 40 minutes by Lucknow To Noida cab. Your Noida travel time may vary due to your bus speed, train speed or depending upon the vehicle you use.

Spots to Visit in Noida

When renting a car for rent car for Lucknow To Noida, its best to book at least 1-2 weeks ahead so you can get the best prices for a quality service. Last minute rentals are always expensive and there is a high chance that service would be compromised as even the taxi provider is limited to whatever vehicle is available at their disposal.

Since Noida falls in the northern parts of the country in the NCR, the climate gets extreme in summers and winters. The best time to visit is late October to Early March. December and January are the cold months when temperature records drastic fall.

Lucknow To Noida Round Trip Taxi

Why should we go with car on rentals for Lucknow To Noida by car book?

When you rent a car from Lucknow To Noida taxi services, we'll help you pick from a range of car rental options in Lucknow . Whether you're looking for budget cars, comfortable cars, large cars or a luxury car for your trip- we have it all.We also provide Tempo Travelers for large groups. Lucknow To Noida car hire,You can choose between an Indica, Sedan, Innova or luxury cars like Corolla or Mercedes depending on the duration of your trip and group size.