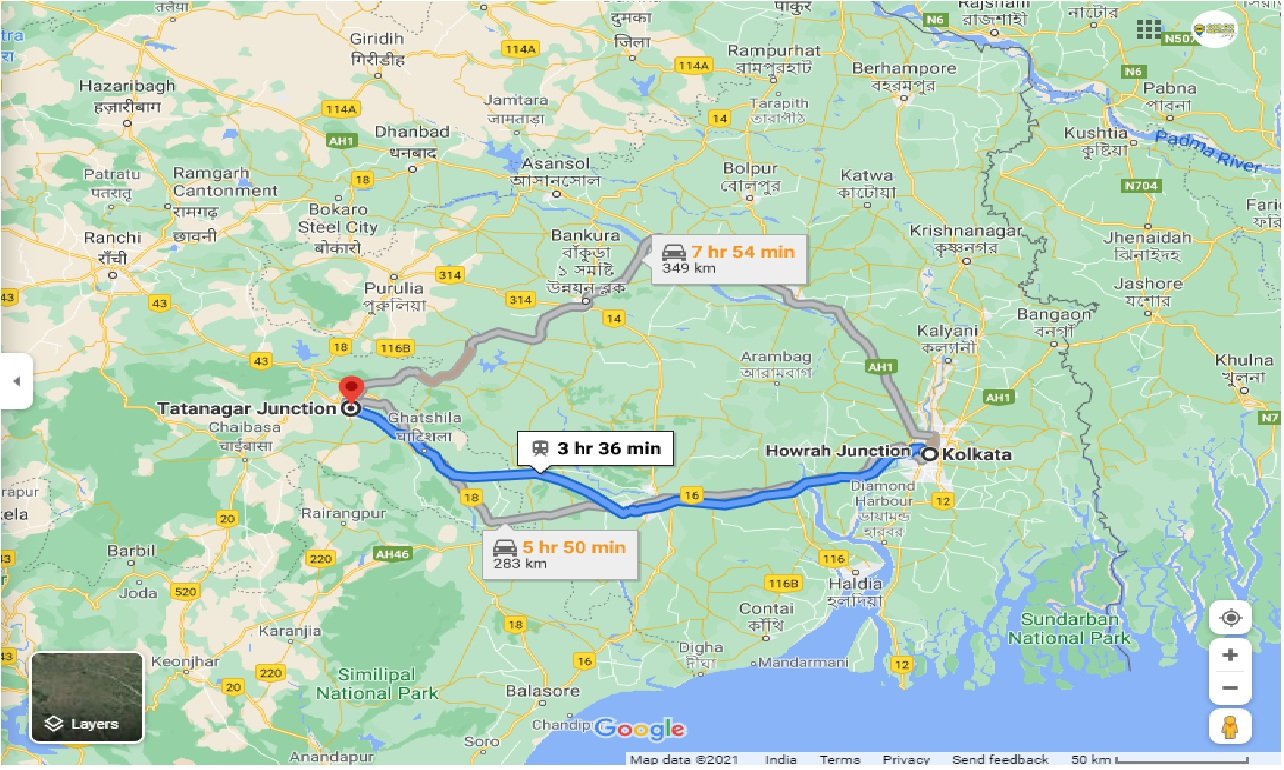 The Tatanagar Railway Station station code TATA, is the main railway station serving the city of Jamshedpur in the Indian state of Jharkhand. Tatanagar is a Junction station and is located on the Howrah-Chakradharpur-Mumbai line of the Indian Railways. It has 5 platforms and handles around 100 trains each day.