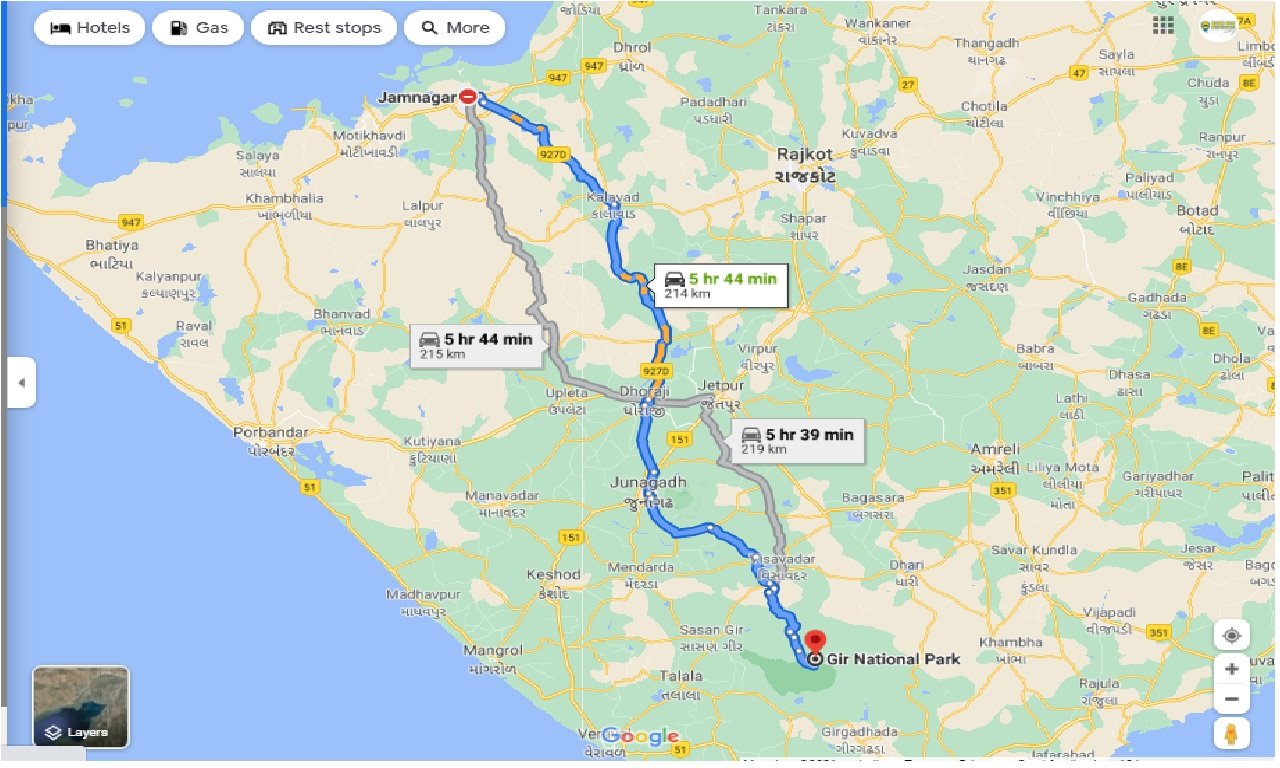 Hire Cab from Jamnagar To Sasan Gir One Way

One Way taxi from Jamnagar To Sasan Gir car. Book One Way taxi. Car fares & check for online discounts & deals on Jamnagar To Sasan Gir car taxi service.? No Extra-Charges. Call 8888807783. Jamnagar is a city in the western Indian state of Gujarat. On an island in Lakhota Lake, Lakhota Palace and Museum is a former fort that exhibits weapons, sculptures and pottery from the 9th to 18th centuries. At Bala Hanuman Temple, the Rama Naam prayer has been chanted continuously since 1964. To the northeast, the marshlands of Khijadiya Bird Sanctuary attract spotted deer, painted storks and migratory birds.

Gir Forest National Park is a wildlife sanctuary in Gujarat, western India. It was established to protect Asiatic lions, who frequent the fenced-off Devalia Safari Park, along with leopards and antelopes. Gir Jungle Trail, outside the fenced area, traverses deciduous forest and is home to wildlife including vultures and pythons. The Kamleshwar Dam has marsh crocodiles and birds, such as Indian skimmers and pelicans.

Spots to Visit in Sasan Gir

When renting a car for rent car for Jamnagar To Sasan Gir, its best to book at least 1-2 weeks ahead so you can get the best prices for a quality service. Last minute rentals are always expensive and there is a high chance that service would be compromised as even the taxi provider is limited to whatever vehicle is available at their disposal.

The Lion sanctuary and reserve of Gir is closed from 16th June to 15th October every year. The best time to visit Gir comes between the months of December to March. Though, April and May are very hot but considered as the best months for wildlife viewing and photography.

Why should we go with car on rentals for Jamnagar To Sasan Gir by car book?

When you rent a car from Jamnagar To Sasan Gir taxi services, we'll help you pick from a range of car rental options in Jamnagar . Whether you're looking for budget cars, comfortable cars, large cars or a luxury car for your trip- we have it all.We also provide Tempo Travelers for large groups. Jamnagar To Sasan Gir car hire,You can choose between an Indica, Sedan, Innova or luxury cars like Corolla or Mercedes depending on the duration of your trip and group size.