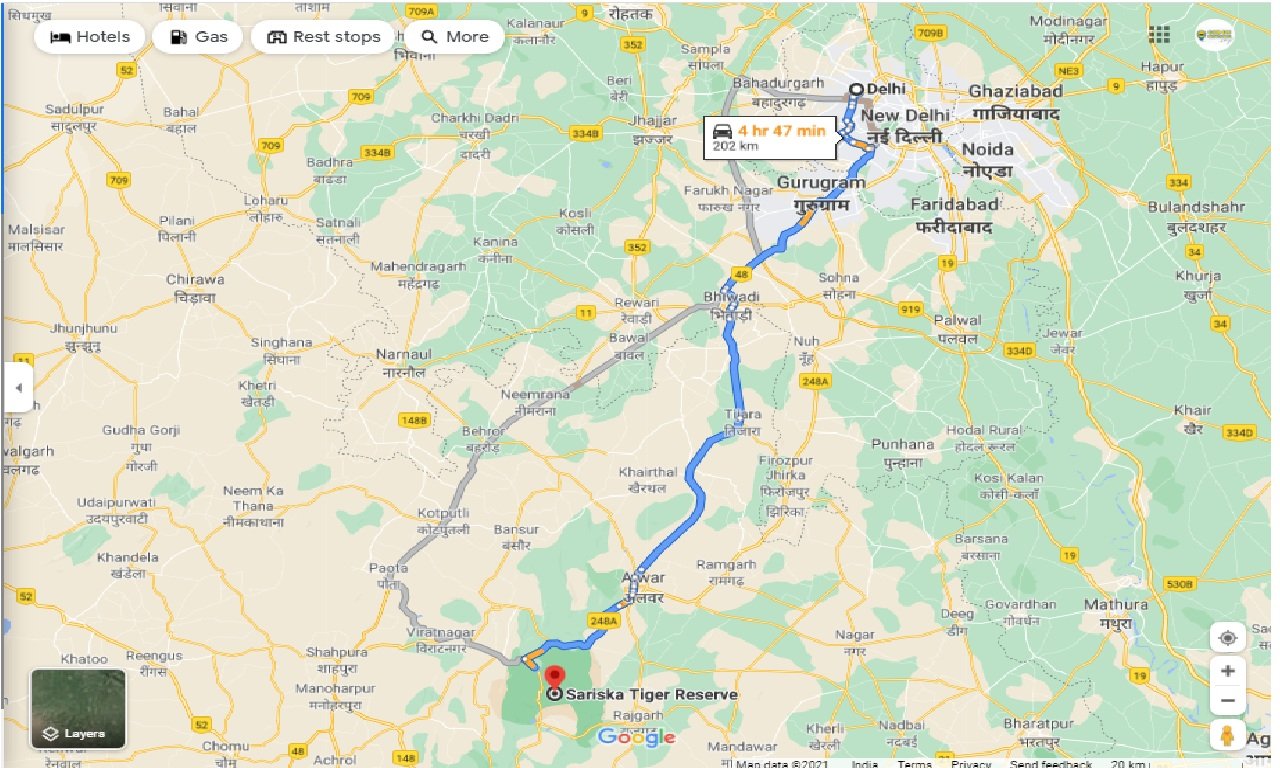 Hire Cab from Delhi To Sariska National Park One Way

Sariska National Park Tiger Reserve is a tiger reserve in Alwar district, Rajasthan, India. It stretches over an area of 881 kmÂ² comprising scrub-thorn arid forests, dry deciduous forests, grasslands, and rocky hills. This area was a hunting preserve of the Alwar state and was declared a wildlife reserve in 1955.

When renting a car for rent car for Delhi To Sariska National Park, its best to book at least 1-2 weeks ahead so you can get the best prices for a quality service. Last minute rentals are always expensive and there is a high chance that service would be compromised as even the taxi provider is limited to whatever vehicle is available at their disposal.

Why should we go with car on rentals for Delhi To Sariska National Park by car book?