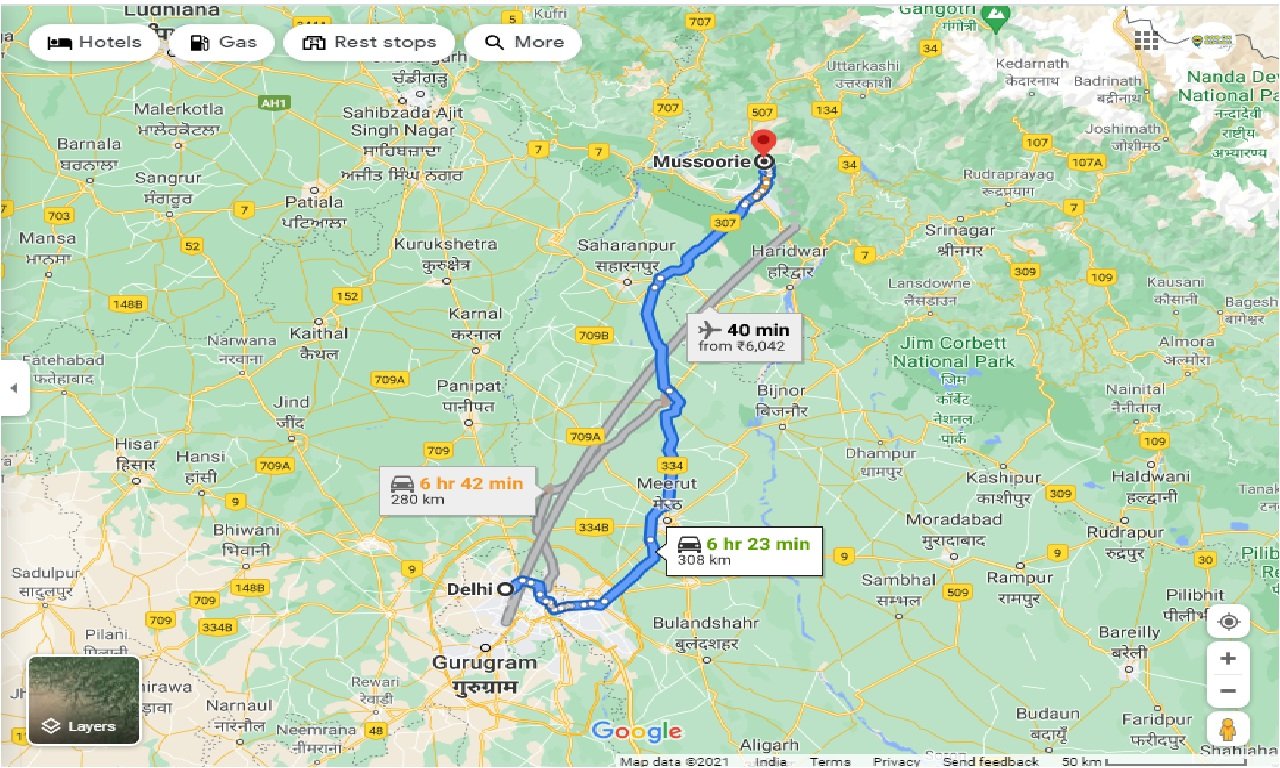 Mussoorie is a hill station and a municipal board in the Dehradun District of the Indian state of Uttarakhand. It is about 35 kilometres from the state capital of Dehradun and 290 km north of the national capital of New Delhi. The hill station is in the foothills of the Garhwal Himalayan range.