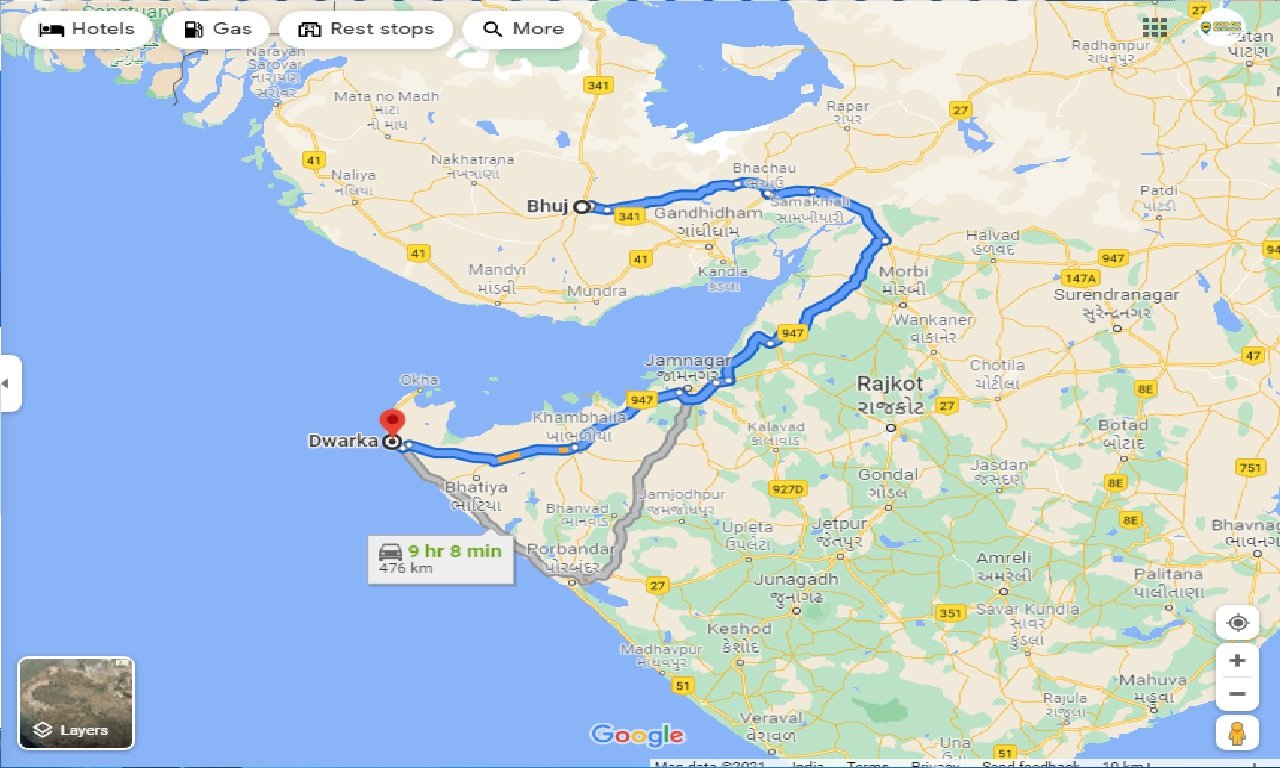 Hire Cab from Bhuj To Dwarka One Way

One Way taxi from Bhuj To Dwarka Taxi Book One Way Taxi. Car fares & check for online discounts & deals on Bhuj To Dwarka car taxi service.? No Extra-Charges. Call 8888807783. Bhuj is a city in the state of Gujarat, western India. It’s known for its centuries-old buildings, many of which were damaged in a 2001 earthquake. Close to Harmirsar Lake, the 18th-century Aina Mahal palace is elaborately decorated with chandeliers, mirrors and semi-precious stones. Nearby, the Italian Gothic–style Prag Mahal palace has a bell tower that overlooks the city, and a courtyard containing a Hindu temple.

Distance and time for travel between Bhuj To Dwarka cab distance

Distance between Bhuj To Dwarka is 390.2 km by Road Dwarka with an aerial distance. The Distance can be covered in about 08 hours 30 minutes by Bhuj To Dwarka cab. Your Dwarka travel time may vary due to your bus speed, train speed or depending upon the vehicle you use.

Spots to Visit in Dwarka

When renting a car for rent car for Bhuj To Dwarka, its best to book at least 1-2 weeks ahead so you can get the best prices for a quality service. Last minute rentals are always expensive and there is a high chance that service would be compromised as even the taxi provider is limited to whatever vehicle is available at their disposal.

The ideal time to visit Dwarka is from November till the last of February when the city experiences cold winters. Nonetheless, if you specifically want to participate in the festivities of Dwarka's grandly celebrated Janmashtami Festival, visiting the town during August and September will be eventful. Hence, September to March are the best months to visit Dwarka. However, the city is equally enchanting throughout the year.

Bhuj To Dwarka One Way Taxi

Why should we go with car on rentals for Bhuj To Dwarka by car book?