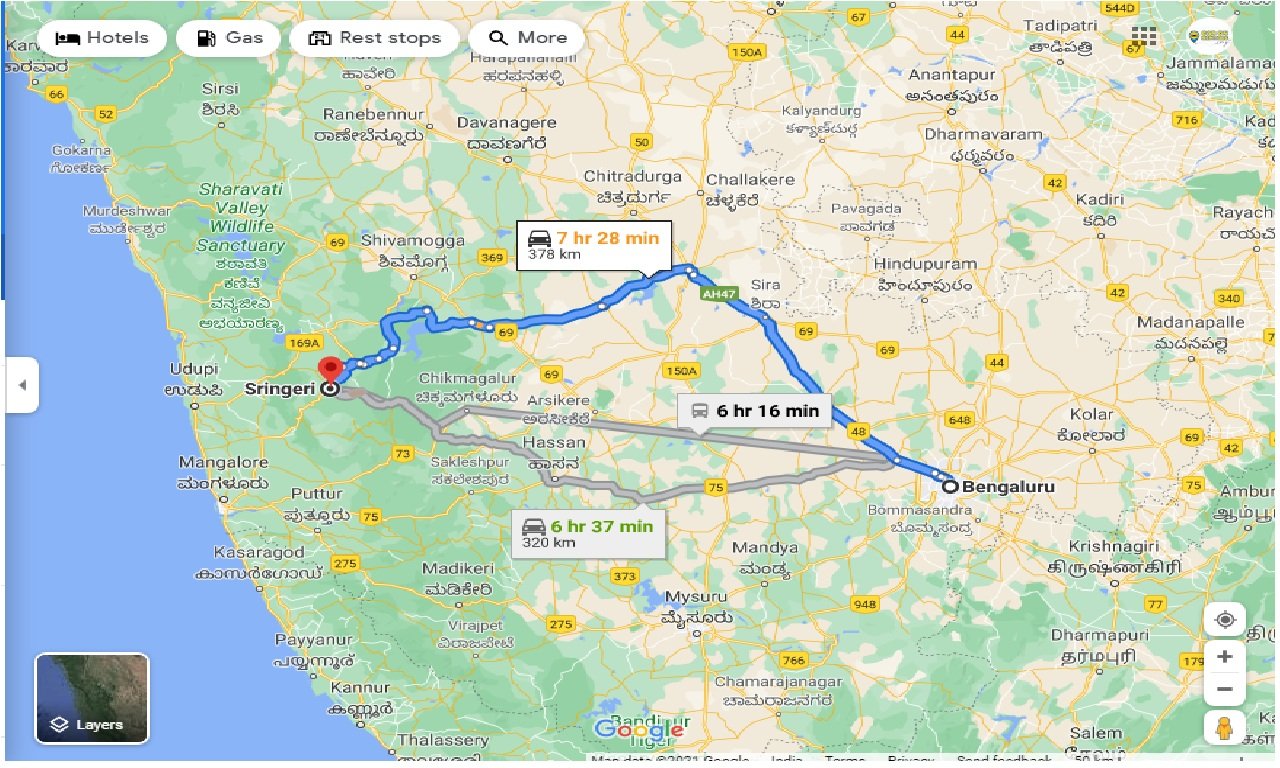 Sringeri also called Sri Kshetra Shringeri is a hill town and Taluk headquarters located in Chikkamagaluru district in the Indian state of Karnataka. It is the site of the first maá¹­ha established by Adi Shankara, Hindu theologian and exponent of the Advaita Vedanta philosophy, in the 8th century CE.