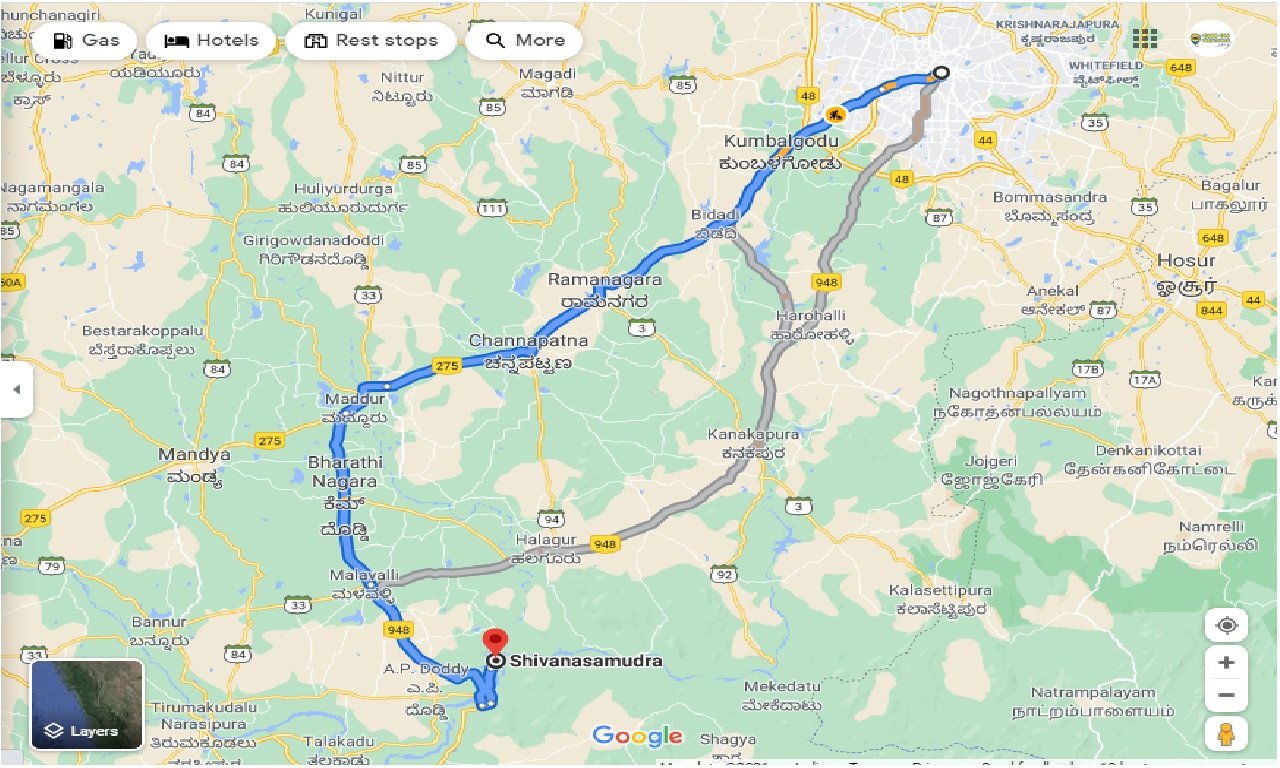 Hire Cab from Bangalore To Shivanasamudra Falls Round Trip

Shivanasamudra is a small town in the Chamarajanagar District of the state of Karnataka, India. It is situated on the banks of the river Kaveri, which forms here the boundary to the mandya District, and is the location of one of the first hydro-electric power stations in Asia, which was set up in 1902.The project was designed by Diwan Sheshadri Iyer.

Spots to Visit in Shivanasamudra Falls

When renting a car for rent car for Bangalore To Shivanasamudra Falls, its best to book at least 1-2 weeks ahead so you can get the best prices for a quality service. Last minute rentals are always expensive and there is a high chance that service would be compromised as even the taxi provider is limited to whatever vehicle is available at their disposal.

The best time to visit Shivanasamudra waterfalls is during the monsoon season that is from June to September as there will be more water in the river Kaveri during this period. If you like to go till the bottom and enjoy the scenic beauty there, it is better to visit during the Winter and Summer season.

Why should we go with car on rentals for Bangalore To Shivanasamudra Falls by car book?

When you rent a car from Bangalore To Shivanasamudra Falls taxi services, we'll help you pick from a range of car rental options in Bangalore . Whether you're looking for budget cars, comfortable cars, large cars or a luxury car for your trip- we have it all.We also provide Tempo Travelers for large groups. Bangalore To Shivanasamudra Falls car hire,You can choose between an Indica, Sedan, Innova or luxury cars like Corolla or Mercedes depending on the duration of your trip and group size.