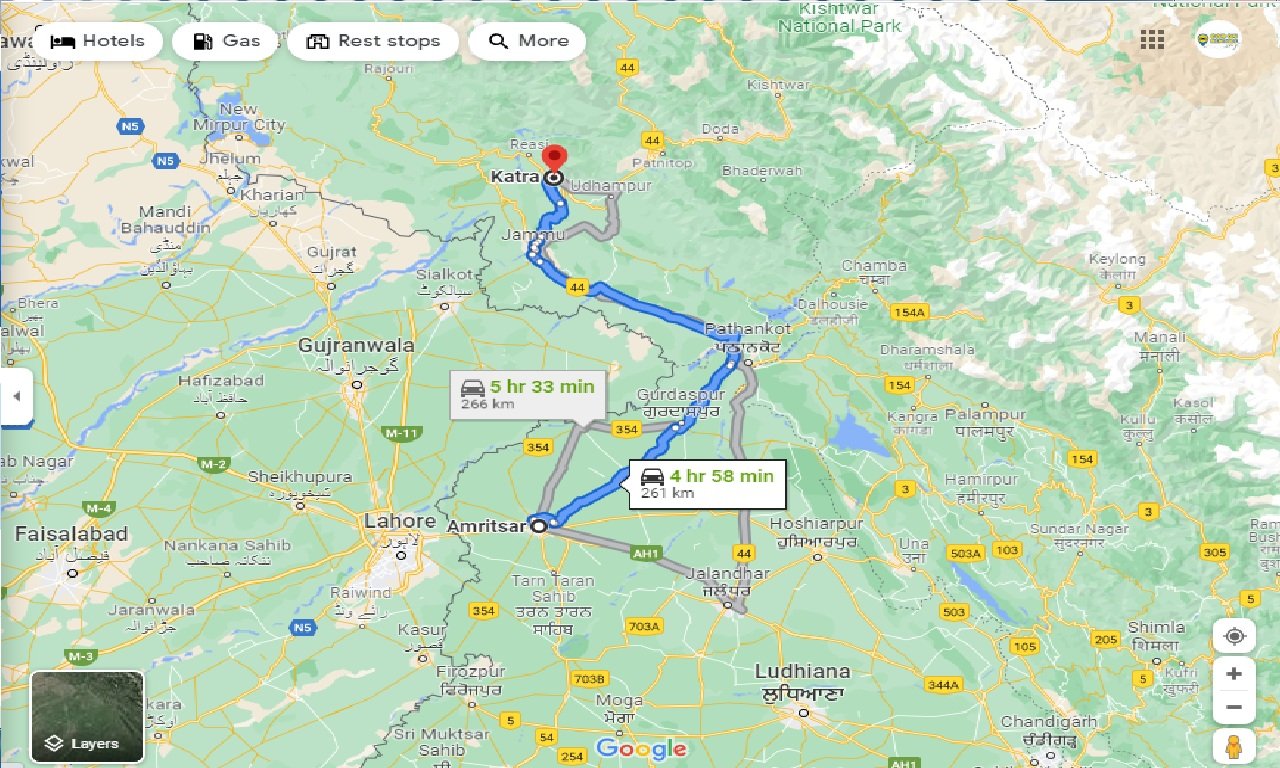 Katra or Katra Vaishno Devi, as it is popularly known, is a small town in Reasi district in the state of Jammu and Kashmir, India, situated in the foothills of the Trikuta Mountains, where the holy shrine of Vaishno Devi is located. It is located 42 km from the city of Jammu.