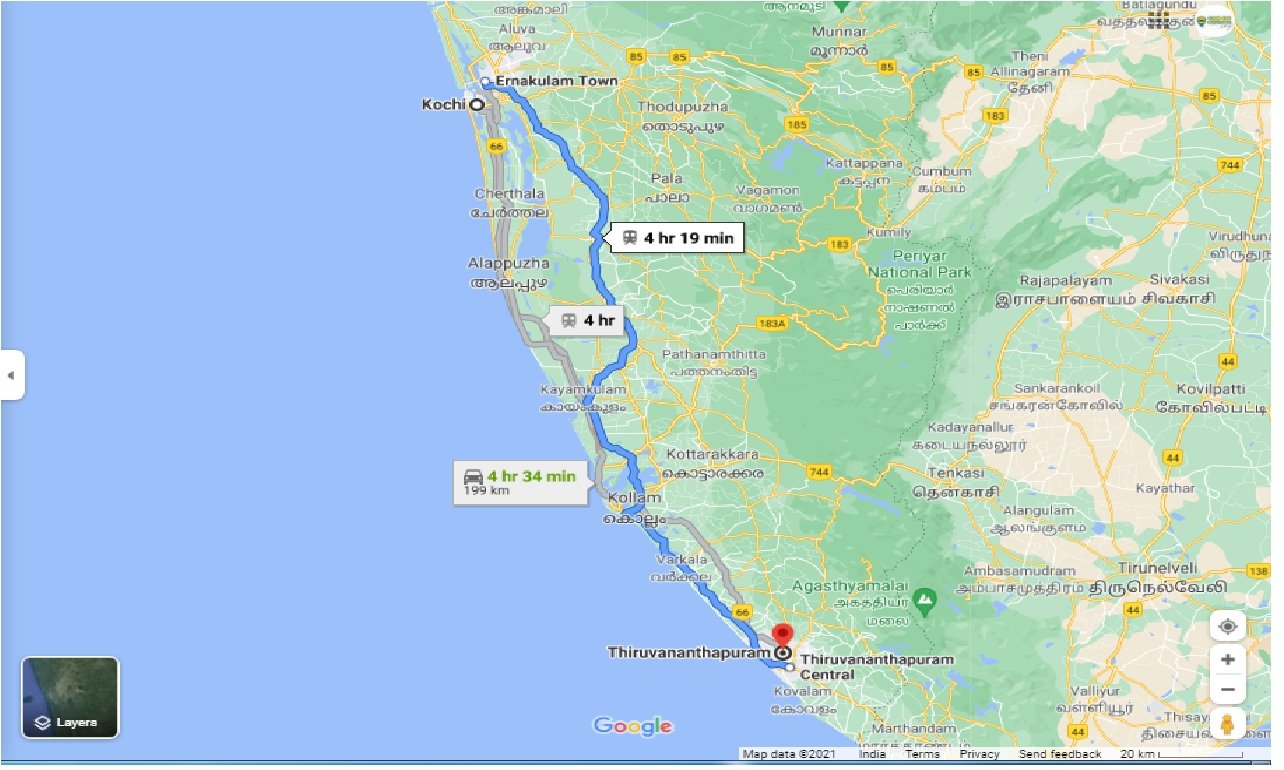 Hire Cab from Kochi To Thiruvananthapuram Round Trip

Kochi To Thiruvananthapuram cab, compare Car fares & check for online discounts & deals on Kochi To Thiruvananthapuram taxi Service. Clean Cars, No Extra Charges. Call 8888807783. Kochi (also known as Cochin) is a city in southwest India's coastal Kerala state. It has been a port since 1341, when a flood carved out its harbor and opened it to Arab, Chinese and European merchants. Sites reflecting those influences include Fort Kochi, a settlement with tiled colonial bungalows and diverse houses of worship. Cantilevered Chinese fishing nets, typical of Kochi, have been in use for centuries.

Thiruvananthapuram (or Trivandrum) is the capital of the southern Indian state of Kerala. It's distinguished by its British colonial architecture and many art galleries. Itâ€™s also home to Kuthira Malika (or Puthen Malika) Palace, adorned with carved horses and displaying collections related to the Travancore royal family, whose regional capital was here from the 18thâ€“20th centuries.

Distance and time for travel between Kochi To Thiruvananthapuram cab distance

Spots to Visit in Thiruvananthapuram

When renting a car for rent car for Kochi To Thiruvananthapuram, its best to book at least 1-2 weeks ahead so you can get the best prices for a quality service. Last minute rentals are always expensive and there is a high chance that service would be compromised as even the taxi provider is limited to whatever vehicle is available at their disposal.

October to February is the best time to visit Trivandrum, as the winters bestow the place with the most pleasant weather in the entire year. The summers are hot and humid and can be a little uncomfortable. The monsoons, on the other hand, are relatively cooler.

Kochi To Thiruvananthapuram Round Trip Taxi

Why should we go with car on rentals for Kochi To Thiruvananthapuram by car book?

When you rent a car from Kochi To Thiruvananthapuram taxi services, we'll help you pick from a range of car rental options in Kochi . Whether you're looking for budget cars, comfortable cars, large cars or a luxury car for your trip- we have it all.We also provide Tempo Travelers for large groups. Kochi To Thiruvananthapuram car hire,You can choose between an Indica, Sedan, Innova or luxury cars like Corolla or Mercedes depending on the duration of your trip and group size.